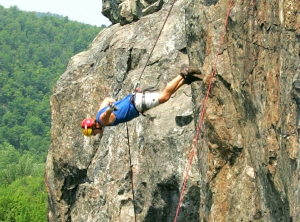 Emanuel Steward died on October 25, 2012 and was best known as the boxing trainer for world champion boxers Lennox Lewis, Wladimir Klitschko, and Thomas “Hitman” Hearns. Steward was in a highly visible position before fights and between rounds during many championship fights shouting strategy and encouragement to the fighter in his corner as the heavyweight fighters he trained had a combined record of 34 wins 2 losses. There are many estate planning lessons to be learned from Emanuel Steward.

The lesson of earning a steady income throughout life doing something that one enjoys is something that Steward was able to accomplish. Starting out as a amateur boxer himself, he was able to extend his career in the sport at first as a top amateur trainer before becoming a professional trainer at an elite level. Even though Emanuel worked as an electrician between being a trainer as he started out, he stuck with his passion and was able to remain in an occupation that he loved. He was also able to be a TV commentator for championship fights that he was not involved in as a trainer to be able to be more involved in and earn a living in the sport. Many times people are tempted to quit their dream occupation to do something else that may be more secure or may have a higher success rate. Steward was able to stick it out and remain in his chosen occupation his entire life. Many times if one does this the money will eventually follow and there will be an estate to plan.

Another planning lesson from Steward’s career is to make the most of income that does not come on a guaranteed basis. A boxing trainer may only be compensated from a percentage of a fighter’s purse from a bout. A boxer’s career is never guaranteed past the current fight so it is important for a trainer to invest wisely when one is paid on this basis so that one will be able to live comfortably the rest of one’s life. There are many stories of broke former fighters and trainers that did not plan properly with the added impact of health problems from hits to the head that can be applied to many occupations aside from boxing.

If planning an estate is also the legacy of charitable works you leave behind as much as it is the wealth, Steward was well known for his involvement with at risk young people in Detroit, MI as he volunteered his time and money to help stress education and improvement. Emanuel founded Kronk Gym Foundation to achieve goal of educational achievement.