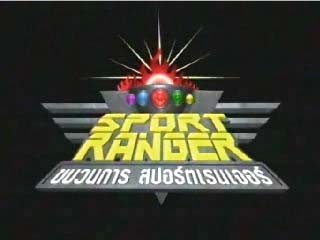 Rumors are finally official. Much was talked during the summer about Samir Nasri’s desire to abandon Arsenal, after he refused to sign a contract extension. Despite the Gunners losing an outstanding talented midfielder whose profile will be tough to replace, financially it was a great call considering the fact that Nasri could have gone free next summer, when his contract expired. But he didn’t and Arsenal received 24 million from Manchester City for the transfer, twice the fee they had paid to Marseille.

The 24-year-old Frenchman will now be part of the Citizens’ ambitious project, where he hopes to run with better luck than his three-season winless passage through Arsenal. ??

Anzhi Makhachkala shakes the Russian football transfer market and amuses the world with the signing of Cameroonian striker Samuel Eto’o. The former Inter de Milan star has agreed on a three contract with the Russians that will report him E60 million in revenue. ??

A E27 million fee was paid by Anzhi to the Italians for the 30-year-old player, who will now defend the same team as former FIFA World Cup champion and Real Madrid legend Roberto Carlos. In February the Brazilian became the first star to arrive to a club that has used the same strategy to seduce another big player: a multimillionaire contract.?? ??

It didn’t take long for Atletico de Madrid to find a substitute for their star Sergio Kun Aguero, whose E42 million transfer was fully invested in the signing of Colombian striker Radamel Falcao. His remarkable passage through Porto, where he scored 72 goals in 87 appearances, made him some room among Europe’s top class forwards, evening his price with Aguero’s.

See also  Tips On How To Be A Soccer Trainer

Much is expecting from the 25-year-old Colombian, who last season was the top scorer of the UEFA Europa League with 17 goals, setting a record in the competition.

Italo-Argentine striker Pablo Daniel Osvaldo has become the latest signing from Roma. An E18 million transfer between Espanyol and the Italian club has been agreed, making of the 25-year-old forward Mirko Vucinic’s -Juventus- replacement.

Former Valencia’s left winger Juan Mata will take his talent to England, as he was agreed on Chelsea move. 23.5 million fee was paid by the Blues for the 23-year-old Spaniard whose name had been linked to Arsenal a few weeks ago.

A big influence in his decision was his countryman Fernando Torres, who also plays for Chelsea and gave good references about the experience that he could have at Stamford Bridge.?? ??

Anderlecht’s 18 year old promise Romelu Lukaku has also agreed on a Chelsea move, and is called to be new Didier Drogba, which pretty much resumes how high the expectations have been set on this youngster for whom a 20 million fee was paid.

Transfer window ends on August 31, therefore more moves can be expected, some as relevant as Inter’s replacement for Samuel Eto’o, or Arsenal’s response to the loss of Fabregas and Nasri.

The Importance of Soccer Videos And Highlights

Soccer is the most populous sport in today’s world. It has been with us from many centuries ago. There has been no way of determining the origins of this beautiful game because many cultures had […] […]