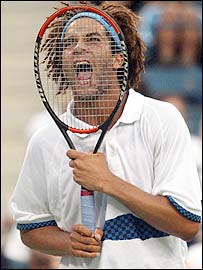 Maybe if the Chicago Bears were playing anywhere else in the nation, they would be leading their division. At 5-3 so far this season, the Chicago Bears are currently third in the NFC North behind the Super Bowl defending champions, the Green Bay Packers and their 8-0 flawless season, and the Detroit Lions who at 6-2 are having the best start in over a decade. They had a tough Monday Night Football match against the Philadelphia Eagles, and before the kickoff, the Bears were a 7-point underdog in the spread. But Jay Cuttler and the Bears knew that they had to fight till the end, and pull off another come from behind win in the fourth quarter for a 30-24 win over the Eagles and clinch it’s third consecutive wins. Michael Vick suffered a bit on this game. Like it has been the usual case this season, his defense has failed to protect him and he has constantly been hit. For a moment there, particularly in the third quarter, it really seemed as if Vick and the Eagles were getting it done right.

They came back from a 17-10 deficit before the halftime break and were ahead 24-20 by the beginning of the fourth quarter. Then, as it has usually happened this season, it all went south in the last period. For the fourth time this season, the Eagles blew up a fourth quarter lead. With a 3-5 record for the season, the Eagles, the team that during the preseason was called upon to have it’s most successful season ever, has failed to live up to its expectations. This was supposed to be a dream team: it’s been nothing but a cruel nightmare for the squad and its fans. The Philadelphia Eagles were the defending NFC East champions but after 8 weeks of football, the Eagles are now three games behind Division leader, the New York Giants (6-2). The Philadelphia Eagles fourth quarter performance this season has been so weak they now lead the NFL with the worst fourth quarter points difference this season with a minus-36. That is including the Bear’s outscoring the Eagles 0-10 on Monday’s night game. Vick finished the night with 21 of 38 passing for 213 yards with no touchdowns and one interception. The Chicago Cubs got a smoother performance from their quarterback Jay Cutler who finished the night with 18 of 32 passing for 208 yards with 2 touchdowns and no interceptions. The thing here is that the Cubs have realized they needed to take better care of their quarterback.

Since the Bear were crushed 24-13 on Monday October 10th against the Detroit Lions, Chicago has doubled it efforts to protect Cutler and it has paid out. In Chicago’s last three games, Cutler has been sacked only three times, that is a NFL best this season. He’s also rushed an average 153 yards per game which is far better than the numbers Cuttler had given his team in the first five games of the season. Consider for starters that he was sacked 18 times and rushed 101.4 yards per game in that first span. The Bears will now face the Detroit Lions while trying to avoid a season sweep by their division rivals. The Philadelphia Eagles on the other hand are going to face the 2-6 Arizona Cardinals. Both squads are urged to win their games. It’s possible that this would be the last chance the Eagles have to fight for a spot in the Playoffs.