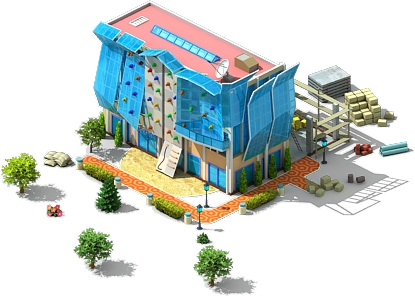 Go into a martial arts school and you will see pictures of the master meditating, stretching, doing forms and winning medals. However, should you one day leave the school and be attacked, the only thing in the world important to you will be your ability to fight like a street fighter. Being a good street fighter is what it takes to survive street attacks.

So, who is really qualified to teach you to fight like a street fighter? A martial artist who has never been in a fight in his life or someone who has gone out of his way to get a job that basically consists of him getting involved in fights that other people start?

I would say that the best instructors are either bouncers, some police or some military guys, but the most qualified to teach self defense to civilians are the bouncers. Here’s why:

1. Bouncers have the same (lack of) equipment as civilians–Attack a cop or soldier with a knife or gun and he will do his best to shoot you. Attack a bouncer with a weapon and he will be in exactly the same situation you would be in on the street. Some bouncers carry lead gloves, retractable batons or pepper spray, but most don’t and even those weapons are things that any civilian could obtain and carry. What a bouncer does when faced with armed and / or multiple attackers will also work for you because the circumstances are the same.

2. Bouncers are constantly fighting–Street fights and attacks are over so fast that, if someone is attacked and another person calls the police immediately, they can’t possibly arrive before the fight is over. Bouncers are there from beginning to end. True, some bouncers work for years in a high-class disco and never have to do anything to get their hands dirty. A good trainer would have experience in a place like I work in. Last week I was in three serious fights in one night. Ask your strip-mall karate master if he was in three fights in his entire life.

3. Bouncers have to rely on themselves–There are no SWAT teams or quick reaction forces for bouncers to call when they are outnumbered or in trouble. A bouncer can never back down from a fight. If he gets hurt, he has to ignore the pain and do the best he can. There is no referee to stop the match if he cannot defend himself. Exactly the same situation as you will be in if someone would try to mug or rape you in the real world.

4. Bouncers haven’t been there and seen that, they’ve been everywhere and seen everything–Most bouncers have martial arts or sport fighting training. Most bouncers don’t train in sports or arts anymore. The best ones have taken what they have learned in the gym, tested it on the street and combined it with the rough and tumble street fighting techniques that they have seen work, time and time again. This is the proving ground that has produced my concepts of street fighting based self defense.

5. Bouncers are masters of the mental aspects of self defense–Situational awareness, fear management, killer instinct, pain tolerance. The mental aspects of self defense are the most important by far and exactly these aspects are missing from the repertoire of 99.9 % of the strip mall martial arts masters or self-proclaimed self defense instructors out there, whereas 99.9 % of the real bouncers out there have mastered all of these areas. Some bouncers are fat, others skinny, many smoke, but they are still capable of constantly surviving every violent encounter they might face. How can that be? Well, without the mental edge, a bouncer has a very short career.