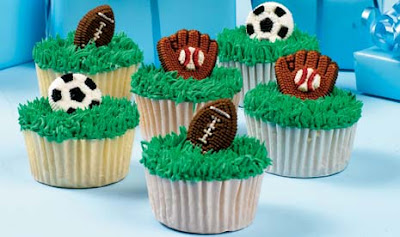 For third season in a row the Catalonians have clinched the Liga displaying a level of football that has captivated the world.

This season the Liga in Spain didn’t have a passionate ending as the previous one, where Real Madrid and Barcelona battled head to head until the last round to finally have a champion. The record sum of 99 points was needed by them to win what represented their second title in a row. But not having to wait until the last game of the season and reaching 99 points to crown themselves as champions didn’t make of this Liga a less exiting one for it had its remarkable moments also.

What was probably most remarkable and will be the first thing that comes to the mind of football fans worldwide will be the resounding 5-0 with which Barcelona snatched the first place in the standings from Real Madrid on round 13. That was also the breaking point of the Liga because the defending champions held on to that No. 1 to never let go again.

Barcelona didn’t just ruin Real Madrid’s title aspirations, but also an investment of more than 300 million Euros that the Whites have done during the past three years to put an end to the Catalonians hegemony unsuccessfully.

Real Madrid thought that by hiring former Inter coach Jose Mourinho they were going to be able to stop Barcelona, since last season it was Inter who upset the Catalonians at home by eliminating them from the UEFA Champions League semifinals. But their plan backfired.

See also  Improve Your Football Game With These Top Tips!

Far from being a threat for Barcelona, the arrival of Mourinho to Spain became a motivation for the defending champions that were thirsty for revenge. It was something personal between them and the Portuguese coach, it was something that went even beyond the rivalry held with Real Madrid for so many years.

Why was Barcelona’s rivalry with Mourinho greater than the one with Real Madrid? It is greater because of Mourinho’s big mouth. He was always been criticizing Barcelona and questioning how legit their victories were ever since he coached Chelsea, always alluding that they received help from the referees. Their competition wasn’t juts on the field like against the Whites, but on the media as well.

A mentally strong Barcelona accepted the challenge and continued to say true to the style that had awakened the admiration of the entire world: a lot of possession, an ultra offensive scheme and lovely team plays culminating in goals.

The rest is history; Barcelona won its third Liga championship in a row, its sixth title in ten years, which pretty much summarizes the great moment that this team is going through. As if that wasn’t enough this year they also avenged last years’ Champions League elimination by killing two birds with the same stone: A 3-1 victory over the Whites in the semifinals and consequently a victory over Mourinho.

On March 28 they will try to make their present even brighter when they face Manchester United at Wembley for the Champions League final, title that they won two years ago coincidently over the Red Devils themselves.

Looking at the recent world cup there was a significant development in midfield play. Most teams played with a flat back four defense, very few with a flat back three. The next question is how […] […]

The defending champions reached their 16th consecutive victory establishing a new record in La Liga, and pulverizing the 15 win streak achieved by Real Madrid in the 1960/61 season. The leaders knew that they couldn’t […]