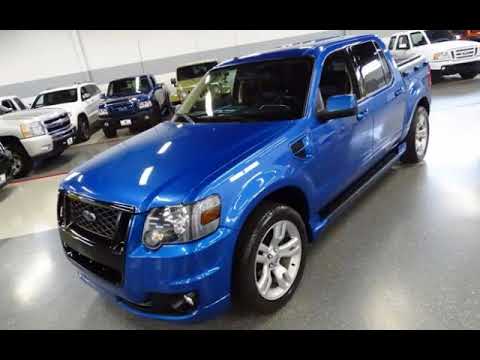 With the high profile sackings of both Chelsea and QPR managers we are further reminded of the lack of patience at the highest levels of club football in the modern era. More than ever, football is a results business where what you’ve done last year, and even last month is completely forgotten by club ownership. There is simply too much at stake and thus there is precious little room for patience. This is evident in the cases of Roberto Di Matteo and Mark Hughes whom were both fired last week in completely different football environments.

At Chelsea, Roberto Di Matteo was in the role as manager for less than a calendar year. He stepped in as interim manager after Andres Villas-Boas was sacked midway through last season. Di Matteo managed to lead Chelsea to two trophies: the FA Cup, and the UEFA Champions League. The latter trophy was the one most coveted by Chelsea owner Roman Abramovich and the one that has eluded him for more than a decade and over one billion dollars of investment in Chelsea FC. By all accounts, Di Matteo had a fantastic year. Although they placed 5th in the Barclays Premier League, out of the Champions League places (top 4), their Champions League win ensured that they would qualify for this season’s competition by bumping out 4th place Tottenham.

In the summer, Chelsea lost their longtime talisman Didier Drogba who signed on a Bosman free with Shanghai Shenhua. They then reinforced their squad with the signings of forwards Eden Hazard from French Champions Lille, Oscar from Brazil and Victor Moses from Wigan Athletic. All of this boded well for Chelsea and their manager. They started the 2012/2013 domestic season better than any other club through the first 8 games, in first place on 22 points, Chelsea were 4 points clear of both Manchester United and Manchester City. However, in the next four domestic games, Chelsea secured only two out of a possible 12 points. In the Champions League, they now sit in third place in their group and their fate in the hands of both Shaktar Donetsk and Juventus and their result on Matchday 6. A draw will see them both through and Chelsea pushed out into the dreaded Europa League via a third place group stage finish.

In essence, one poor month of results has cost Di Matteo his job. After winning two trophies, all his success and glory was forgotten by the owner in favour of a new manager, former Liverpool boss Rafael Benitez. If Chelsea are knocked out of the Champions League they will lose a significant amount of prize money in the tens of millions of pounds and suffer the embarrassment of being the first team in history to win the Champions League one year, but fail to qualify for the knockout stages in the subsequent year. Under the guise of the pursuit of success, Abramovich has eschewed both loyalty and stability. The hiring of Benitez has angered Chelsea fans already. The fans want Benitez out of the job for his remarks about the Club during his Liverpool tenure. They have not turned on Abramovich because of his massive investment in the club, but his disloyalty toward a former Chelsea player and accomplished if short-tenured manager has surely got fans questioning his decision-making.

At QPR, the football environment is polar opposite compared to Chelsea in terms of the ambition and standing of the club. While Chelsea are fighting for titles and near the top of the domestic League, QPR fought against relegation last season and currently sit at the bottom of the table. Despite considerable transfer spending in the summer, QPR continued to be in a relegation position all through this season as they are still winless through 13 games. Manager Mark Hughes was well-supported by his Chairman Tony Fernandes with over 20 million pounds spent on transfer fees and even more on Bosman signings. Unfortunately, one can argue quite easily that Mark Hughes opted for a high quantity of signings rather than high quality signings.

See also  Excellent Article With Many Great Tips About Soccer

QPR are currently seven points adrift of safety, at the bottom of the league and have now hired Harry Redknapp as manager in the hopes he can raise the team to safety as he did for Portsmouth and Tottenham, so they can stay in the Premier League next year and continue to receive the massive television revenues that come with playing in the World’s most popular league. Unlike Chelsea, QPR fans were begging for Harry to be hired even before Hughes had been sacked.

Staying in the Premier League means nearly as much as winning a Champions League place. For QPR to provide their owner and Chairman the promotional value he requires to continue financing the club, they need to be in the top flight. Revenues from QPR are among the lowest in the league due to the small stadium and fan base. The television revenues are key to survival and falling down to the Championship would be disastrous to the club itself and the Chairman’s partnership with his Asian Airline companies, whose name can be found has QPR’s shirt sponsor.

Whether a team is at the top of the league or at the bottom, it is clear that a run of poor results is rarely tolerated by ownership. While it may seem somewhat unfair to change management so often and so quickly, the structure of club football has proven that there is always a high level of urgency on the part of ownership to maximize results.

Just when you thought it was protected to invest a day acquiring ready for the higher education football picks this weekend, the require for no cost NFL picks rears its head however once more. This […] […]

A disastrous performance from Arsenal’s goalkeeper led to the team’s 2-1 loss against Porto in the first leg of the Champions League competition. Porto took advantage of Lukasz Fabianski’s two mistakes and assured itself victory […]

Around The English Premier League Round 4

Red Devils and Citizens continue with a perfect record in first and second place respectively, meanwhile the Blues want to get on the fight for the title too, and have placed themselves just 2 points […]